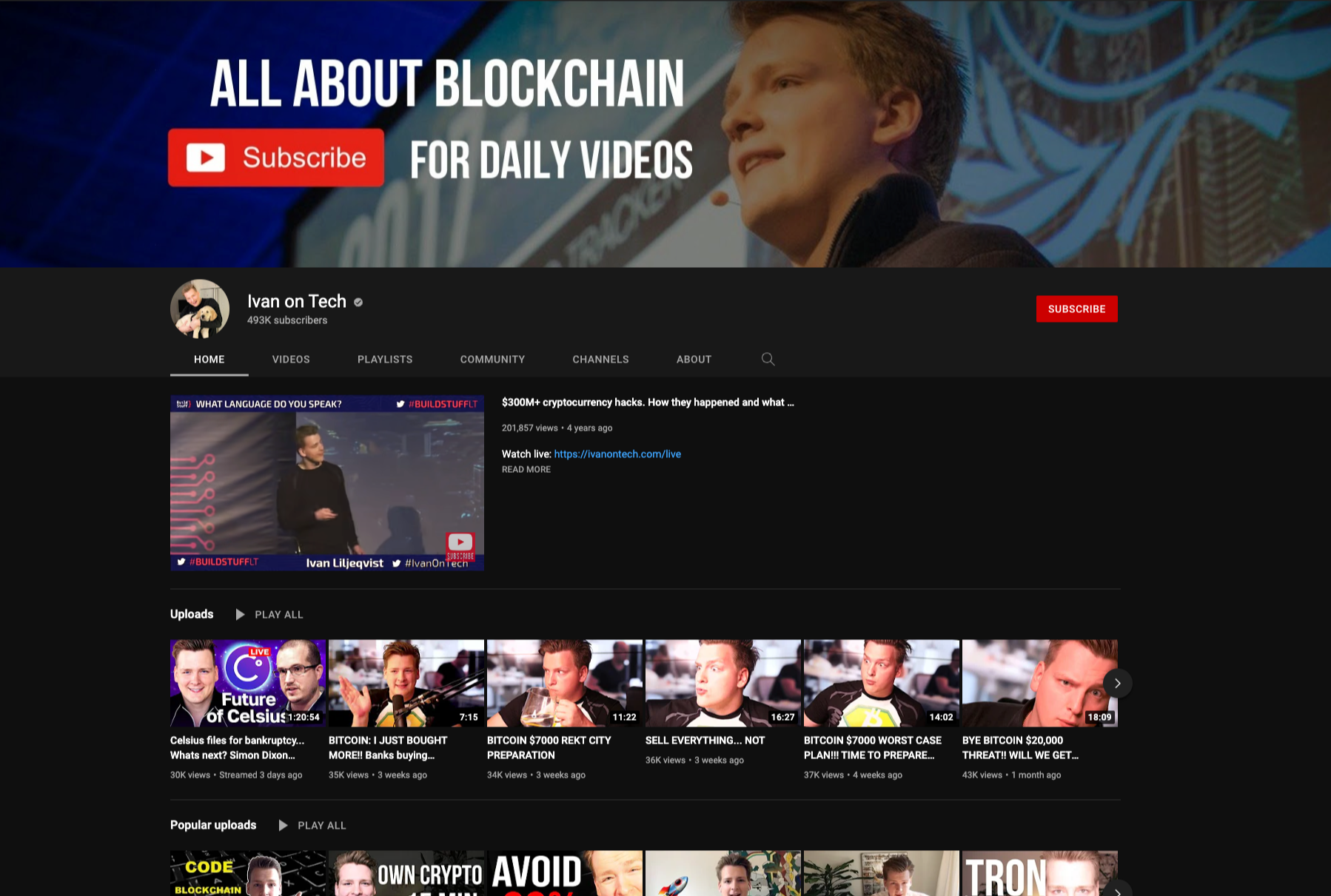 Ivan on Tech is a YouTube channel dedicated to blockchain and cryptocurrencies. Ivan's videos are mainly focused on recent trends and news in the cryptocurrency industry. He also provides blockchain development advice. For example, he has a series of videos explaining how to build a blockchain application using Ethereum. Ivan also has a great sense of humour, which makes his videos enjoyable to watch. His videos are well-produced and informative, and he's an entertaining host.

The Youtube channel has 494k subscribers at the time of writing.

According to Forbes, Ivan on Tech is from Stockholm, Sweden. Liljeqvist was given an HTML book when he was nine years old, which he attempted to utilise as a guide for video game programming.

According to Forbes, Liljeqvist learnt JavaScript on the suggestion of some experts he consulted in order to create games like RuneScape, "an old favourite of his."

Liljeqvist grew up going to school and swimming. He devoted his evenings to programming, focusing on C++ in particular. Liljeqvist's C++ skills carried over to Bitcoin (which is written in C with C++ as an extension).

A buddy introduced Liljeqvist to Bitcoin. According to Forbes, the cryptocurrency was in a bull market at the time, having risen from $30 to $1,000.

In 2013, Liljeqvist himself entered the bitcoin business.

Bitcoin had fallen from $1,000 to $300 at that moment. Despite this, Liljeqvist continued to be fascinated with blockchain technology, studying it from 2014 until 2017.

Liljeqvist saw potential uses of blockchain beyond electronic cash and digital gold with the release of Ethereum in 2015. To construct decentralised applications, he learnt Solidity, a programming language co-created by Ethereum co-founder and Polkadot creator Gavin Wood (DApps).

Liljeqvist established a YouTube channel while working as a programmer at Ericsson in 2017 to share his knowledge and boost his resume:

Early videos by Liljeqvist focused on broad technologies and coding. Liljeqvist understood that people wanted cryptocurrency material after publishing his first video about Ethereum, so he limited his focus.