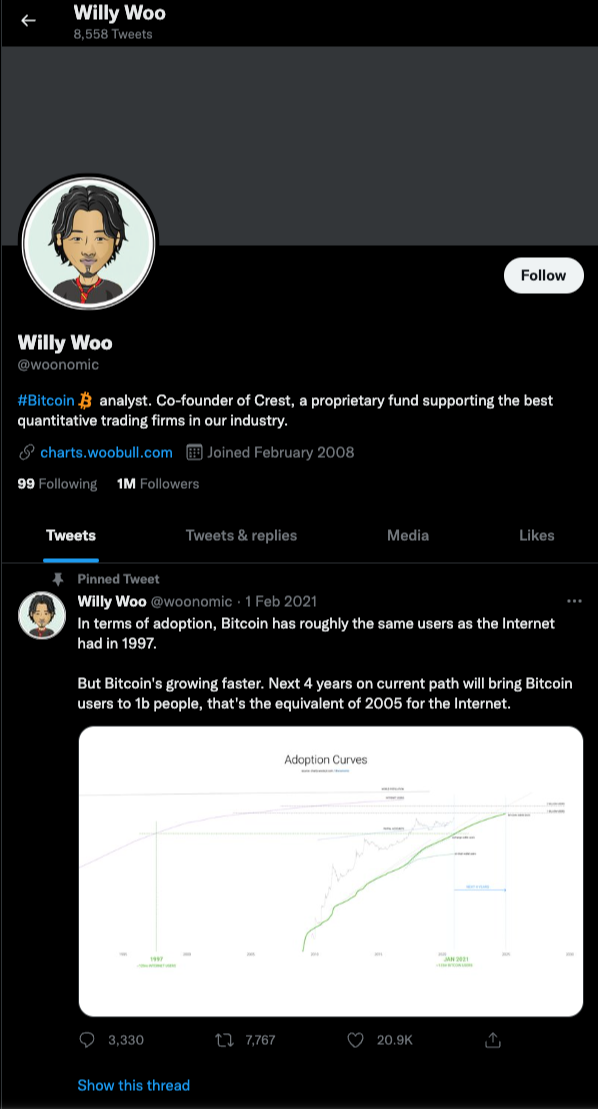 This is the Twitter profile of Willy Woo. He joined Twitter in February 2008 and has 1 million followers at the time of writing.

Willy Woo is a cryptocurrency evangelist, author, investor, and technologist from New Zealand. Woo formerly worked as a writer at Forbes and CoinDesk.

Woo is most known for his The Bitcoin Forecast newsletter, in which he makes forecasts about Bitcoin's price swings in general.

Willy Woo first found out about Bitcoin in 2013, according to his online blog Woobull.

Woo's LinkedIn profile states that since 2016, he has been a seed-level equity investor in a number of crypto infrastructure companies, including Exodus Wallet, Radix DLT, and LVL.

Woo worked as an Analyst at Adaptive Capital from February 2019 to March 2020.

Woo primarily tweets about on-chain analytics for Bitcoin and educates people on the different on-chain signals. He also invented his own signals and indicators, which can be seen on his website chats.woobull.com. He likes to give price predictions regarding Bitcoin. His latest prediction had Bitcoin at $ 200.000 at the end of 2021.