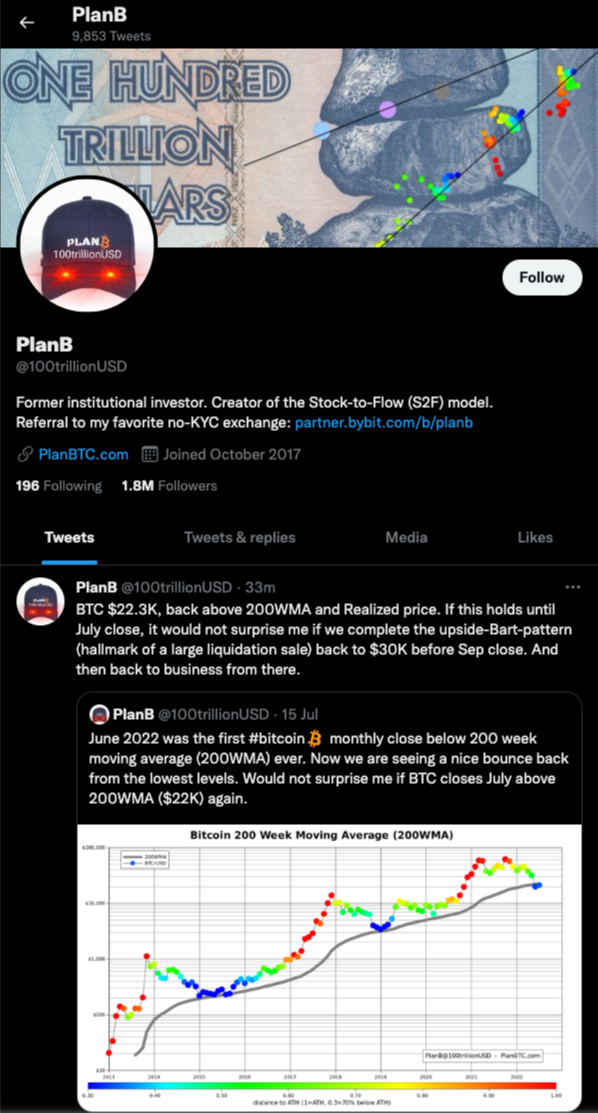 This is the Twitter profile of the anonymous PlanB. He joined Twitter in October 2017 and has 1.7 million followers at the time of writing.

PlanB is a bitcoin supporter, as well as a cryptocurrency investor and financial analyst. His true identity and history are unclear, and he maintains anonymity online.

PlanB looks to be a man, according to his (audio) interviews, and he claims to be from the Netherlands.

[email protected] is a former institutional investor from the Netherlands with 25 years of financial industry expertise. He has a background in law and quantitative finance, and he has always been attracted by risk and return modelling.

He tweets about financial prediction models, including his own Stock-To-Flow models, financial markets in general and the autonomy of the individual. He often pinpoints the flaws of the traditional financial system.