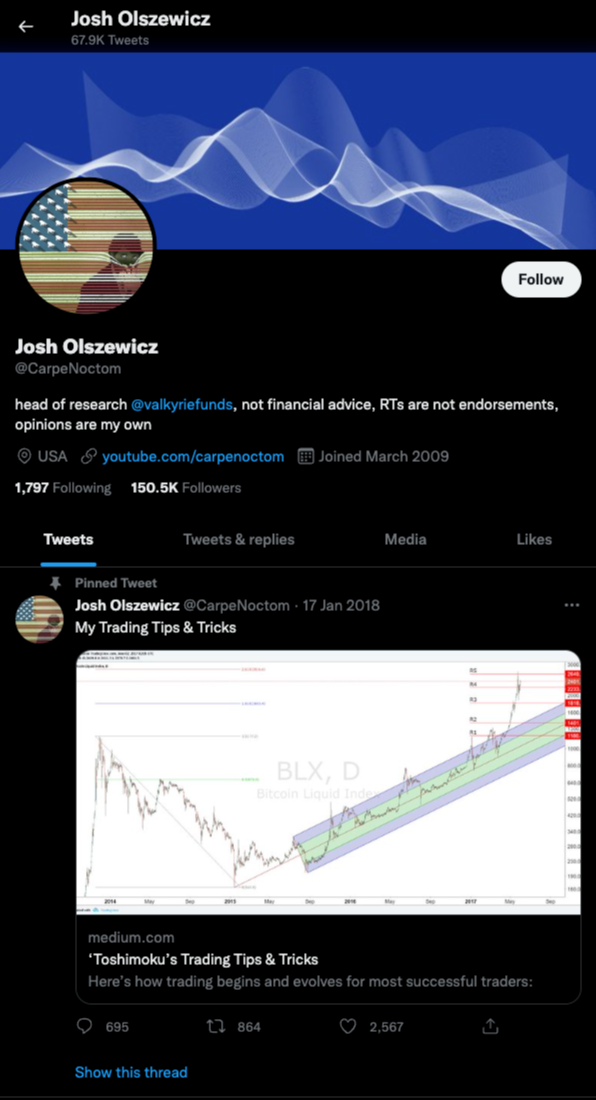 This is the Twitter profile of Josh Olszewicz. He joined Twitter in March 2009 and has 150k followers at the time of writing.

He graduated from Johns Hopkins University with a Master of Science in Biotechnology in 2016.

He is a self-taught bitcoin trader who started in late 2013. After being exposed to and learning as many technical indicators as possible, he became an expert on the Ichimoku cloud, largely influenced by ChaosTrader, TriforceTrader, and Rob Booker.

He also began contributing articles to a number of journals on the subject of blockchain and cryptocurrency technology.