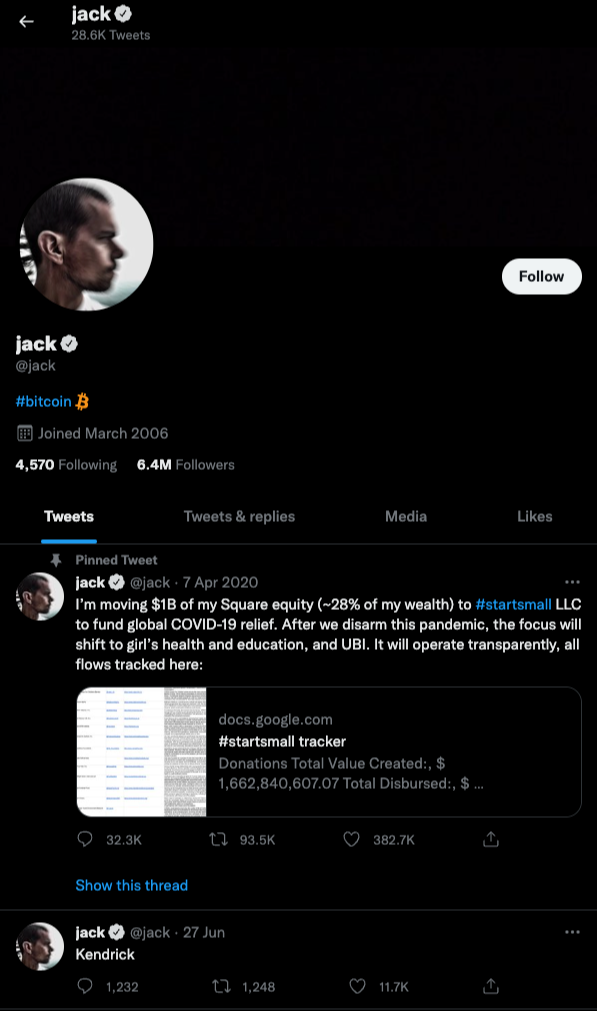 This is the Twitter profile of Jack Dorsey. He joined Twitter in March 2006 and has 6.2 million followers at the time of writing.

He worked as a computer programmer before becoming interested in dispatch routing when he was still in his teens. He had always been interested in computers and had spent hours studying the IBM computer model that was available at the time.

Dorsey also co-founded Square, a mobile-payments company that provides devices and software to allow credit card transactions, and became its CEO in 2009. It was launched in 2010 and had over two million users by 2012.

Jack tweets about Twitter features and developments of his other company Square. He expresses his opinion regarding political and philosophical topics, for example free speech on social media.

He is a big proponent of Bitcoin and decentralised finance. Jack is involved in ideas to improve Bitcoin to make it more popular and to spread it further.