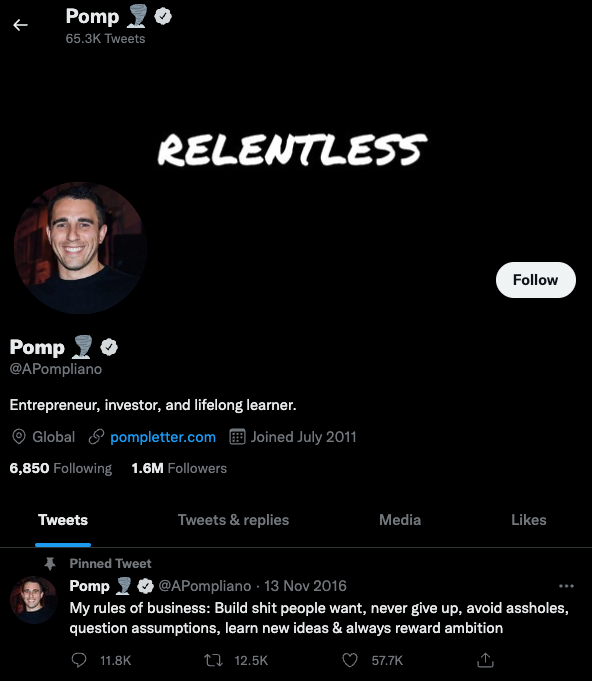 This is the Twitter profile of Anthony Pompliano. He joined Twitter in July 2011 and has 1.5 million followers at the time of writing.

He is the host of the podcast The Pomp (formerly Off The Chain). Pomp posts videos of interviews and personal opinions, with an emphasis on technology and finance.

He's also known for his regular newsletter, The Pomp Letter, which covers issues including technology and cryptocurrency.

Anthony Pompliano attended Cardinal Gibbons High School and graduated with honours. He went to Bucknell University after high school and earned a Bachelor of Arts with a double emphasis in economics and sociology.

He worked at Facebook and Snapchat at the Growth Team.

On his Twitter profile, he mostly posts about Bitcoin, the future of the blockchain space and the mechanics of the traditional financial markets. He presents entertaining as well as educational content. He is also an advocate of free speech and personal responsibility.