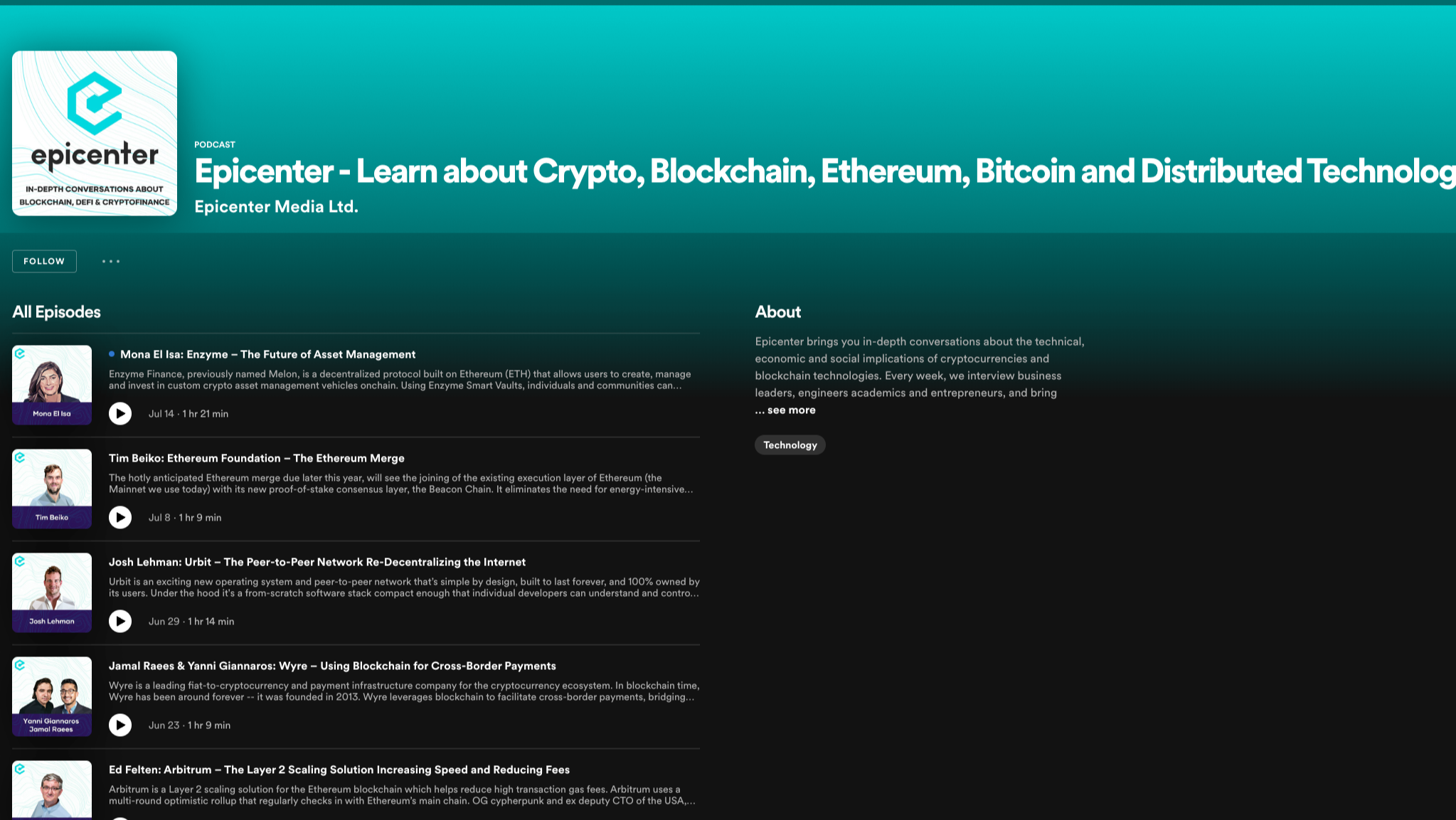 Epicenter provides you with in-depth discussions about cryptocurrencies and blockchain technologies' technical, economic, and societal implications. Every week, we speak with business leaders, engineers, academics, and entrepreneurs to bring you a wide range of perspectives and viewpoints.

The epicenter tale began in late 2013, when Adam B. Levine, the "Godfather of Epicenter" and host of the Let's Talk Bitcoin podcast, was aiming to grow his show into a network.

Sebastien and Brian met up on a Levine-organised Skype session and decided to launch a new podcast together. They finally met in person in Berlin a few months later, and a podcast was created!

Meher Roy joined the trio as a third host in 2015.

Sunny Aggarwal, a Cosmos Researcher, has been a host for Epicenter since 2018.

Friderike Ernst, the COO of Gnosis, joined the host roster later that year.